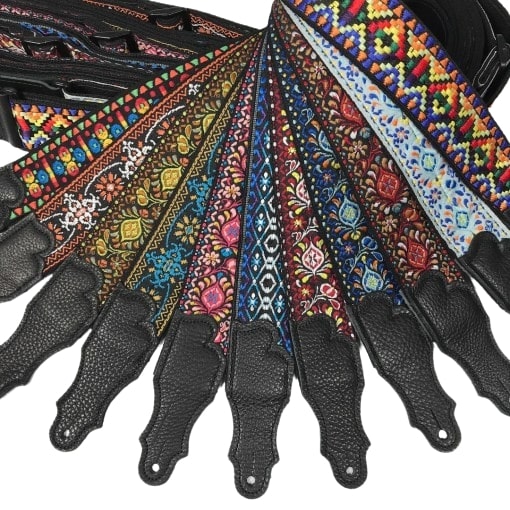 Straps for guitars have been around for well over a century, and their development has paralleled that of the instrument itself. Early guitarists often took a seat while strumming their guitars. Since this was the case, a guitar strap wasn’t necessary. Straps weren’t really needed until the early 20th century, when guitarists started playing their […]

Franklin Strap has been designing, manufacturing and distributing premium guitar straps and the Glider Capo since 1999. Our consistent premium quality materials, timeless designs, and support from the most successful musical retailers in America, have made Franklin America’s go-to guitar strap brand.